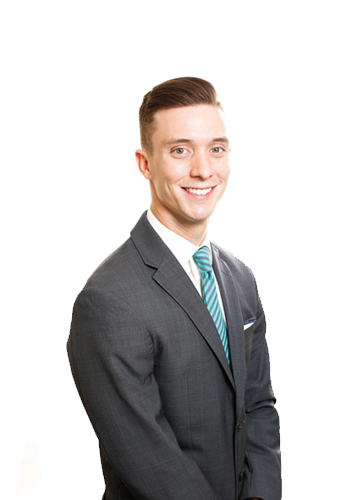 Ryan is the Administrator at Sudduth & Associates, LLC in Lake Charles, Louisiana. He first attended St. Louis Catholic High School and then took the step to leave home to attend the State’s flagship University of LSU and graduated in 2013 with a Bachelor of Science in Political Science.

Ryan is the Administrator at Sudduth & Associates, LLC in Lake Charles, Louisiana. He first attended St. Louis Catholic High School and then took the step to leave home to attend the State’s flagship University of LSU and graduated in 2013 with a Bachelor of Science in Political Science. While at LSU, Ryan was deeply interested in serving the school outside of just his academic courses, so he joined the Philadelphia Delta Legal Fraternity (“PAD”) and was elected by his peers to serve as the Cohesion Chair, which he did so with distinction.

After graduation, Ryan decided to further his education in a different field to broaden his skill sets and moved back home to Lake Charles to attend McNeese State University. There he enrolled in the Business Administration Graduate Program and was recognized as a Graduate Certificate Recipient.

A unique difference about Ryan is that his hunger for education never stops, shortly after obtaining his Graduate Certificate, he enrolled in the rigorous studies to become a Licensed Private Investigator in the State of Louisiana. He finished the program with one of the highest grades in the class and is now classified as a “journeyman” as he moves towards complete licensure as a Private Investigator.

However, what is more impressive than Ryan’s extensive educational background, is his work ethic through it all. While attending McNeese, he worked as the only investigator for the entire Misdemeanor Section at the Calcasieu Parish District Attorney’s Office, where he coordinated the witnesses, law enforcement, and investigative needs of over five (5) staff attorneys and, quite literally, thousands of active cases at one time.

Ryan’s work ethic is not simply for financial gain. Currently, Ryan is an active charter member of one of the Lake Area’s Rotary clubs and has worked for organizations such as United Way of SWLA, in addition to Envision EMI at the National Youth and Leadership Forum: Law & CSI, in Washington D.C., where he was given the opportunity to work with young people all over the country to inspire, motivate, and teach the fundamentals of the legal field, as well as forensic studies. One thing that is unmistakable once you meet him, is that Ryan truly has an unshakeable and genuine concern for people, something, quite frankly, that this world needs more of today.

As one of the youngest Administrator’s for a law firm in the Lake Area, Ryan is the perfect fit as an Administrator for a law firm because he combines his business knowledge, genuine care and compassion for people, with a passion for the law itself. He has proven himself time and again to be able to go above and beyond the call of duty to prove to even the greatest skeptic that he has the abilities, hunger, and desire to learn and improve and that does nothing but better represent the clients we so diligently fight for every day.

In his spare time, Ryan is an avid sports fan and golfer. He loves spending time with his family and friends and is married to his long time sweetheart, Jordan Churchman Smith.