Court-Ordered Rehab and the Consequences for Violations​ 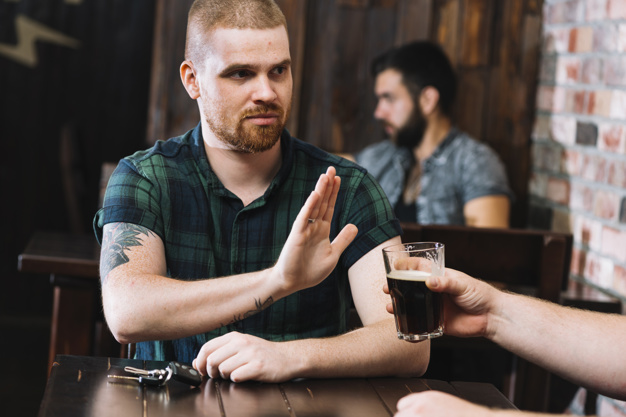 Violations to court-ordered rehabilitation treatment can lead to serious consequences, and the courts may determine that the person requires long-term care or some form of imprisonment based on his or her actions. The priority is to ensure that the person is not a danger to others or his or her own situation and that the consequences fit the problem.

There are times when going to therapy for drug addiction is not a voluntary action. Many that enroll must do so to satisfy the court order attached to the program. Generally, involuntary drug rehab is an order given by the judge in a case where the defendant lost his or her case and received a criminal conviction. The court-ordered drug rehabilitation program is a consequence of the penalties for the conviction. Additionally, there are severe penalties involved if the person violates the court-ordered rehab program. It could even lead to incarceration and fines.

When a person commits a crime, there are several possible outcomes such as a conviction, a program, restitution, and counseling. For some, a drug rehabilitation program is an alternative sentence when convicted of certain crimes. When sentenced to this rather than jail or prison, it is because the involved judge believes that it is better to keep the person away from prison or jail and serve a long-term rehabilitation instead of the standard incarceration period. If the convicted individual is a first-time offender, a peaceful and non-violent convict or someone with a minor conviction, it is possible to receive this sentence.

The design in helping criminal offenders that have relapses, addictions or substance abuse problems exist in the adult drug courts. It is through a court-ordered treatment through monitoring, supervising and providing incentives that support and rehabilitation can occur. This type of court order is usually only available if the person is a non-violent criminal, a first-offender or has a problem related to drugs or alcohol and did not commit a major offense. This type of penalty rather than jail or prison usually has a direct connection to the possession or distribution of drugs. A lawyer can also suggest this sentencing rather than incarceration.

The person will have a sentence of drug rehabilitation or other rehab programs through a court order with the judge. Violations of the treatment program can occur at different stages and during various times of the program. It is possible to violate the order through nonattendance, skipping some portion of the treatment such as group counseling and lacking involvement in trying to get better. The rehab facility is a safe place to get sober and remain that way. However, when violating the court order, this also removes the sanctuary option for the person. Violations can lead to serious consequences.

Penalties for Violations of the Court Order

One consequence of violating the court order is the lack of peer support, relapse prevention and behavioral therapy if the person loses the rehab program because of his or her actions. The very act of nonattendance with the rehabilitation program treatment is a violation of the court order. This leads to penalties that depend on different factors to include the type of violation incurred, the total frequency if more than one, the criminal history of the convict, time in treatment and what behavior he or she exhibits when in the treatment program. The more violations that occur, the greater the penalties.

When a person commits multiple violations, he or she will suffer greater consequences. However, these penalties are the sole decision of the judge. Some punishments are direct and extensive fines for the offense. Others are immediate incarceration in a local jail or state prison. Some judges will impose an increased sentencing time for the program as well as other action against the person. If the violation is an accident or a conflict with schedules, the convicted person will need to explain this to the judge and seek a remedy to the situation. The judge may understand the matter and help to find a way around the problems that the individual encounters.

When incurring violations for court-ordered rehabilitation programs, the individual will need legal support. The lawyer can present the issue to the judge and seek a resolution to the problem and attempt to seek the least possible damage to penalties. Depending on the situation, the lawyer can argue the case based on various conflicts that arise leading to the violations.