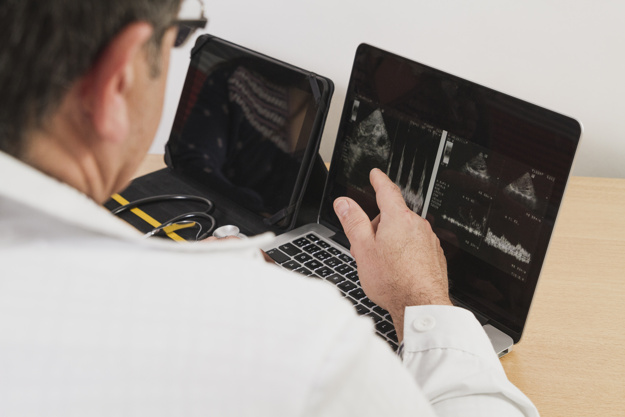 A divided federal appeals court has upheld a Kentucky law requiring doctors who perform abortions to perform ultrasounds that include audio of the heartbeat.

There is no violation of doctors’ right to free speech because the law requires the disclosure of truthful, nonmisleading and relevant information about abortion, Bush said. His opinion was joined by Circuit Judge Alan Norris.

Bush referred to “unborn life” and information about whom is being aborted, while a dissenter warned of tyranny that follows when free speech is eroded.

Bush said the information provided under the law is relevant because it “gives a patient greater knowledge of the unborn life inside her. This also inherently provides the patient with more knowledge about the effect of an abortion procedure: it shows her what, or whom, she is consenting to terminate.”

The Kentucky law, passed in 2017, requires the ultrasound to be performed at least 24 hours before an abortion. The doctor is required to explain what is being depicted in the ultrasound images and to play audio of the heartbeat. The patient can choose to look away and can request for the volume to be turned off. The law doesn’t apply in the case of a medical emergency or when an abortion is medically necessary.

Twenty-four other states also have informed consent laws that involve ultrasounds, Bush said, citing information in an amicus brief. Three of them, like Kentucky, require physicians to perform, display and describe the ultrasounds. Others require doctors to offer patients the chance to view ultrasounds or to offer that chance if ultrasounds are performed.

“In the cyber age, words tell only part of a story,” Bush said. “For today’s posterity—Gen X, millennial and Gen Z generations, whose first picture of themselves commonly comes from a sonogram, and who increasingly turn to photos and videos to share information—one can hardly dispute the relevance of sonogram images for 21st-century informed consent.”

Circuit Judge Bernice Bouie Donald argued in dissent that the law is an impermissible regulation of the content of speech. Donald is a former member of the ABA Journal Board of Editors.

“I am gravely concerned with the precedent the majority creates today,” Donald wrote. “Its decision opens the floodgates to states in this circuit to manipulate doctor-patient discourse solely for ideological reasons. So long as the state’s legislators wisely use the words ‘informed consent’ in the title of regulation, the majority instructs us to ‘defer to the legislature’s determination of which informed-consent disclosures are required,’ despite what the evidence or standards of care say. …

“Benjamin Franklin warned that ‘freedom of speech is a principal pillar of a free government; when this support is taken away, the constitution of a free society is dissolved, and tyranny is erected on its ruins.’ HB 2 is a restriction on speech that has no basis in the practice of medicine. It should be subjected to heightened scrutiny and deemed unconstitutional, lest our constitution dissolve, and tyranny be erected on its ruins. I dissent!”

Link to the original article
​