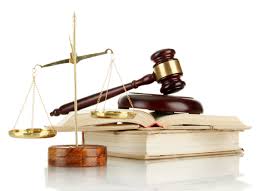 The Criminal Defense of Mistake

In many situations, a criminal defendant may wish to argue that he or she never intended to commit a crime and that the criminal act that occurred as a result of a mistake of facts regarding the circumstances of the crime or a misunderstanding concerning the law at the time. Such mistakes of fact can be applied to a variety of criminal activities, but mistakes of law are only rarely allowed as full defenses to criminal conduct.

Mistakes of fact arise when a criminal defendant misunderstood some fact that negates an element of the crime. For instance, if an individual is charged with larceny but believed that the property he took was rightfully his, this misunderstanding negates any intent to deprive another of the property. One important qualification, however, is that this mistake of fact must be honest and reasonable. Thus, a defendant cannot later claim that he or she was mistaken when he or she actually knew the situation. Likewise, the mistake must be one that would appear reasonable to a judge or jury. If the same individual was repeatedly told that the property was not his, and he could not take it, it would no longer be reasonable for him to mistakenly have believed that he could rightfully take the property.

Mistakes of fact may apply to a variety of crimes. Some crimes may set forth that mistake of fact is a defense. Otherwise, if the criminal defendant can prove that the mistake reasonably negated an element of the crime, the defense will usually be held to apply and absolve the defendant of liability.

A mistake of law is a defense that the criminal defendant misunderstood or was ignorant of the law as it existed at the time. The onus is generally placed on individuals to be aware of the laws of their state or community, and thus this defense only applies in very limited circumstances. For example, while a defendant will not be able to claim that he was not aware that murder was a crime, he may be able to argue that he was not aware of some obscure traffic law.

Specifically, mistake of law can be used as a defense in four limited circumstances:

Additionally, the defendant’s reliance on any of these sources must have been reasonable, much like a mistake of fact. Thus, a defendant cannot claim that he was relying on a case from 200 years ago when it is apparent that there have been subsequent developments in the law.

It is also important to note that, while reliance on an interpretation of an official may include judges or federal or state agencies, it does not include reliance on the statements of a private attorney. It is therefore important to ensure that any attorney from whom you obtain advice is knowledgeable and trustworthy.