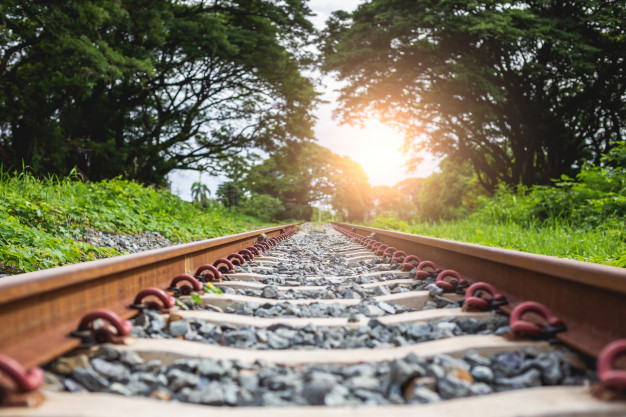 A railroad worker faces a dangerous work environment that is filled with potential safety hazards. This was especially so at the turn of the last century when in 1908 Congress passed the Federal Employers Liability Act (FELA) for the protection of the thousands of railroad workers employed nationwide.

FELA established and continues to provide a federal system of legal recovery for railroad workers and their families, for injuries suffered by the railroad worker while on the job. Almost any injury suffered as a railroad employee will be protected under FELA if they are injured on the job, including those whose primary duties are not performed in or around trains. Claims under FELA can be made directly to the responsible employer or railroad company, and may also be brought as a suit either in federal or state court.

While providing a basis for a legal claim for injuries suffered by railroad workers, at the same time FELA provides railroad companies and employers with something of a uniform liability standard when it comes to working conditions and employee safety on the job. If you or a loved one has suffered an injury while employed as a railroad worker, it is important that you understand your legal right to receive compensation for those injuries under FELA.

Unlike "no-fault" workers' compensations laws under which an injured worker does not need to establish any fault by the employer, if you bring a claim under FELA you will need to show that the defendant (such as a railroad, its employees, or an equipment manufacturer) was somehow negligent and caused your injuries. The basic idea in a FELA claim is to show that the defendant in some way failed to provide a railroad worker with a reasonably safe place to work and that some injury to the railroad worker resulted.

Under FELA, railroad companies and employers owe railroad workers a number of duties, the violation of which can result in a finding of liability under FELA. These include the duty to:

It is important to note that the amount of fault that needs to be shown (sometimes called the "burden of proof") in a FELA claim is less than the degree of fault that one needs to establish in an ordinary negligence claim, such as in a lawsuit brought for injuries suffered in a car accident. A person bringing a FELA claim need only show that the defendant was somehow negligent and that such negligence, no matter how small in its relation to the injuries suffered, played some role in causing those injuries. This is sometimes known as a "featherweight" burden of proof, and it gives an advantage to the FELA plaintiff seeking a legal remedy for injuries. FELA also requires that the railroad on which the employee was injured be somehow involved in interstate commerce, but this factor is almost always a given.

FELA provides a federal remedy for injured railroad workers, but it also serves as a kind of guideline for railroad employment safety standards, and the duty of railroad companies in meeting those standards. For example, if a railroad is found to have violated federal standards pertaining to workplace safety, set out in Occupational Safety and Health Administration (OSHA) regulations, the Boiler Inspection Act and the Safety Appliance Act, an injured railroad worker, and his or her attorney will have a much easier time proving their case. All that needs to be shown is that the law in question was violated and that the railroad worker was injured. An experienced FELA attorney, who will often enlist the help of expert consultants, will be a great asset in sorting out complicated issues involving liability and defendants' compliance with federal workplace safety standards.

Compensation For Your Injuries

A successful lawsuit under FELA can usually bring compensation for:

In the unfortunate event that a workplace injury results in the death of a railroad worker, under FELA the worker's surviving spouse and children will be able to receive compensation. If the worker has no spouse or child at the time of death, this compensation will usually go to any surviving parents or other close family members.

As discussed above, the FELA statutory scheme provides many protections to an injured railroad worker, and fault in a FELA claim is often easier to establish than in most other lawsuits. Having said that, the main defense available to a defendant in a FELA claim is a railroad worker's "comparative negligence." Under this defense, the defendant will try to show that the worker's own fault or negligence somehow caused (or contributed) to his or her injuries, so that all liability does not rest on the defendant.

Comparative negligence works this way in practice: after all arguments in a FELA lawsuit are heard, the jury will make its findings as to who should be held legally responsible for the railroad employee's injuries. This is usually done by assigning some percentage of fault to the parties involved, and this percentage will correspond to the damages awarded to the plaintiff. For example, if the jury determines that the railroad company and/or employer were 75% to blame for the employee's injuries while the employee himself was 25% at fault, and that plaintiff's total damages amounted to $100,000, the plaintiff will receive $75,000 from the defendant(s).

Have an Attorney Evaluate Your FELA Claim

When a lawsuit for a railroad worker's injuries is brought under FELA, the end result often doesn't involve a court trial. Many times, FELA cases are taken to mediation before they ever reach trial, or are resolved through settlement conferences that can be ordered by the court. In both mediation and settlement conferences, an experienced attorney will represent and protect your legal interests. Not sure if you have a viable case? Have an attorney with FELA claim experience do an evaluation of your claim.