How to Make a Self-Defense Claim​ 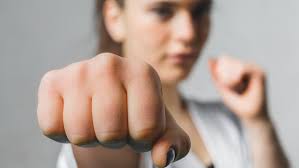 Could you make successful a self-defense claim?

In American criminal law, one of the most popular defenses you can claim is self-defense. Many times this happens in assault cases. However, it is most notoriously and many times most effectively, used as a homicide defense. So how do you make a self-defense claim? It depends on where you end up in court.

Some jurisdictions define criminal defenses based on a common law system. This means the definition evolved through a series of legal cases and court interpretation. Eventually, this very literal trial and error process created a legal standard that most courts end up using. Essentially the defendant has to meet an objective standard of showing that using force was necessary and that he or she had an immediate fear of death or serious bodily harm. This means you have to show that the average person would have reacted the same way given the circumstances. In some places, the law requires a person to retreat, or run away, before fighting back. If this is a law where you live, and you choose to use your hands rather than your feet, you may not be able to claim self-defense.

Other jurisdictions follow some variation of the Model Penal Code or MPC. The MPC is a suggested set of legal definitions, crimes, and punishments created by the American Law Institute. Some states adopted the code in its entirety or modified it before making it law. In these areas, the courts use the code's definition to determine if the defendant has met the elements of a crime or defense. On the issue of self-defense, it says, "The use of force upon or toward another person is justifiable when the actor believes that such force is immediately necessary for the purpose of protecting himself against the use of unlawful force by such other person on the present occasion." In English, this means a person asserting a self-defense claim has to prove an immediate threat of harm and an immediate need to protect him or herself.

A former Walgreen's security guard is hoping a court will accept his claim of self-defense for shooting a shoplifter to death in Milwaukee last year. The former guard says he scuffled with the other man as he was trying to get away. According to him, the shoplifter had already punched him and was charging at him. He pulled his gun and fired.

Was this enough of a threat to justify using a gun? Was the guard in immediate danger of losing his life or being seriously hurt? That's what jurors will have to decide.

Recently, more courts have been allowing the Battered Woman's Defense as a type of self-defense. One reason it has been a problem is that it lacks the immediacy requirement as defined under the common law and Model Penal Code. Instead, expert testimony about the psychological impact of abuse is allowed to substitute for the immediacy issue. In California, convicted murderer Susan Greenberg was freed from prison after her battered woman's syndrome defense was reconsidered. Greenberg's husband had beat and threatened her throughout the course of her marriage. Rather than looking to the immediacy of danger at the moment, the woman strikes back at her attacker, juries can instead examine the continuing threat of violence and harm to the woman as a valid defense.

Despite the jurisdiction or whether it is a battered woman's case, the keys to proving self-defense are necessity, immediacy, and gravity. You have to prove there is some type of grave danger, death or serious bodily harm. You have to prove it was immediate and there was no other option, making it necessary to fight back.